For the production of the comedy "Was ihr Wollt" (Twelfth Night) by William Shakespeare, the spectacular backdrop of the Roman amphitheatre Augusta Raurica in Augst (CH) was selected by Theater Basel.

They were covered with a special the red-black checkered fabric The inflatable hearts were stage design and prop in one and were used effectively. 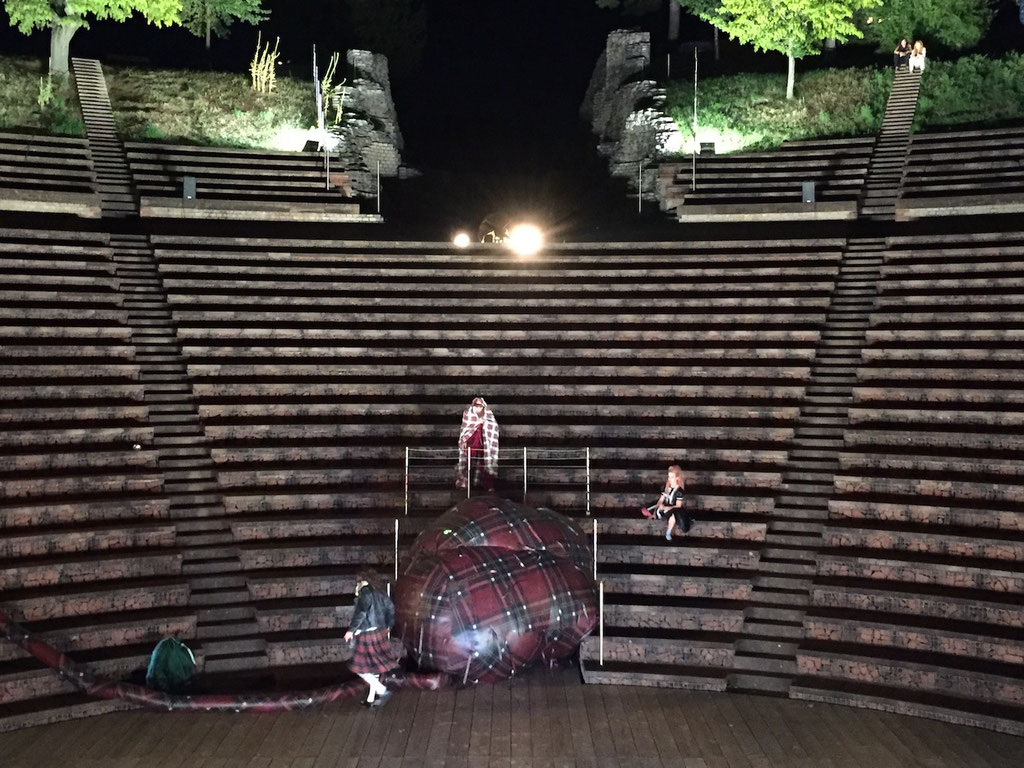 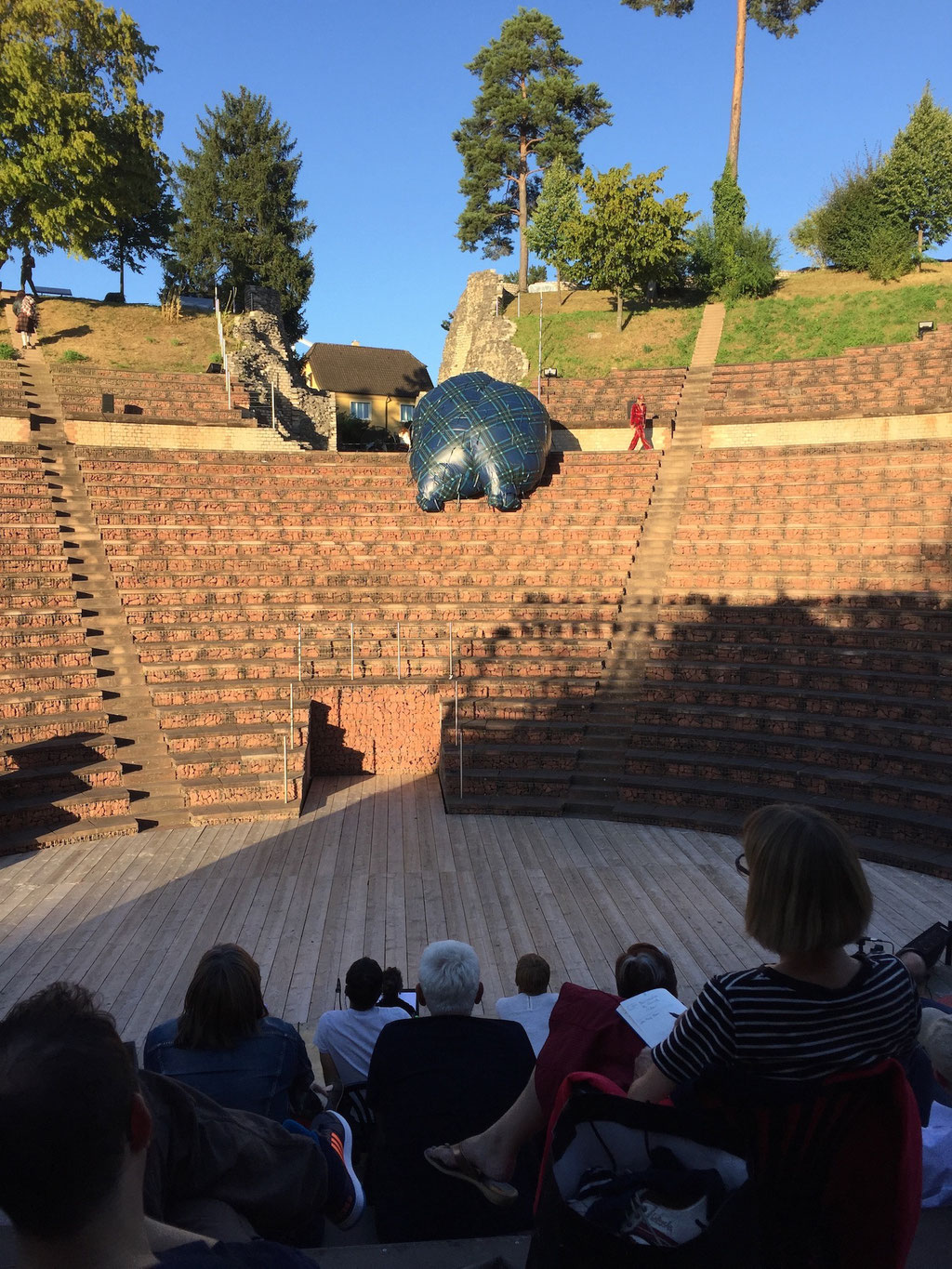 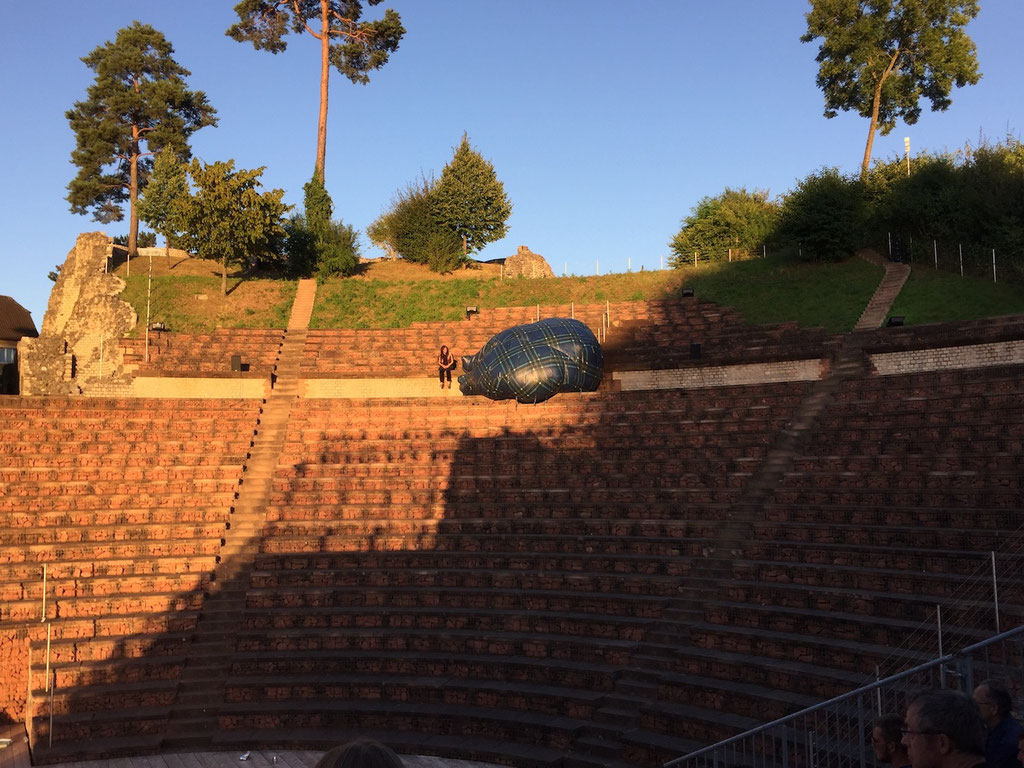 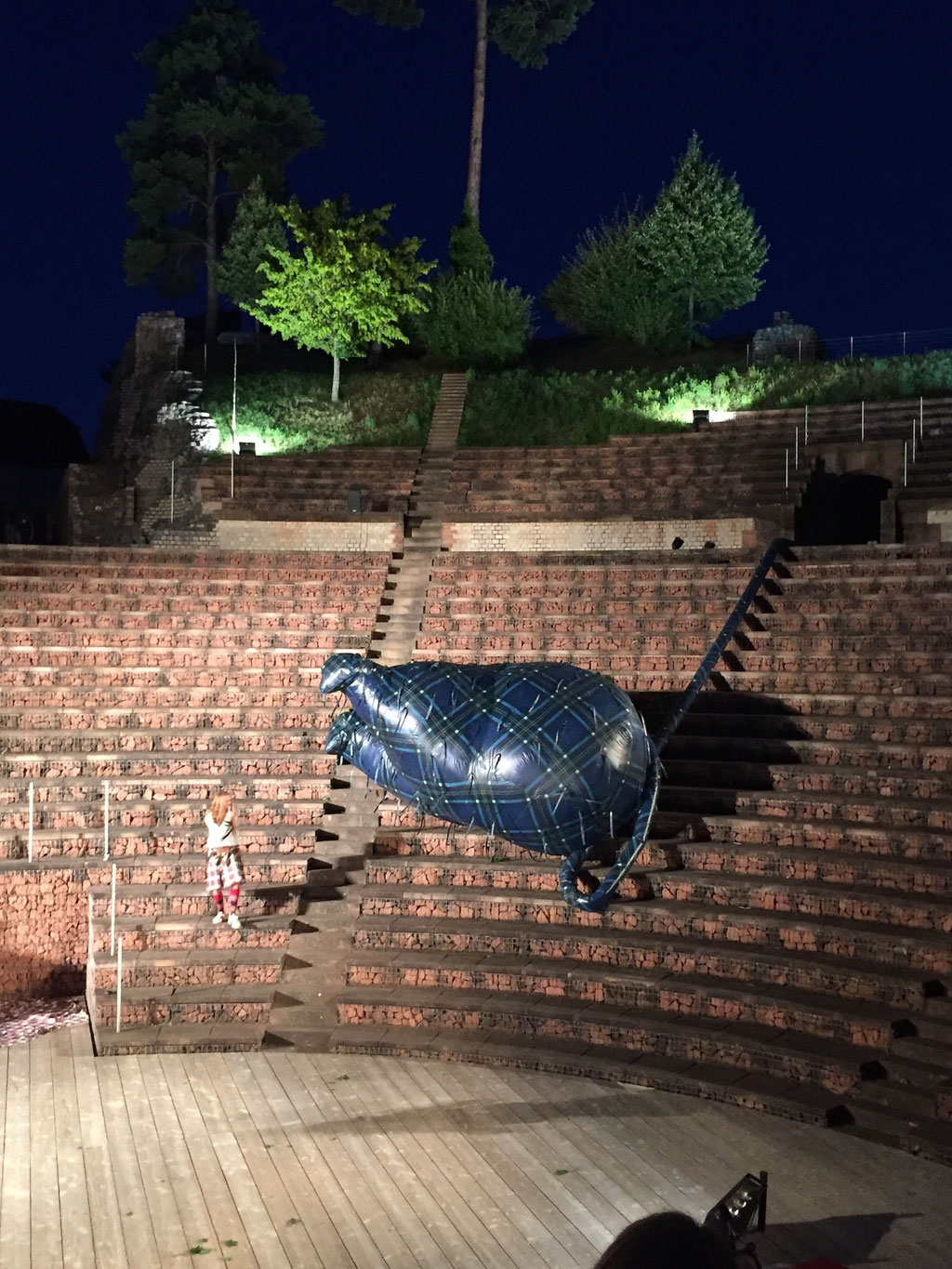 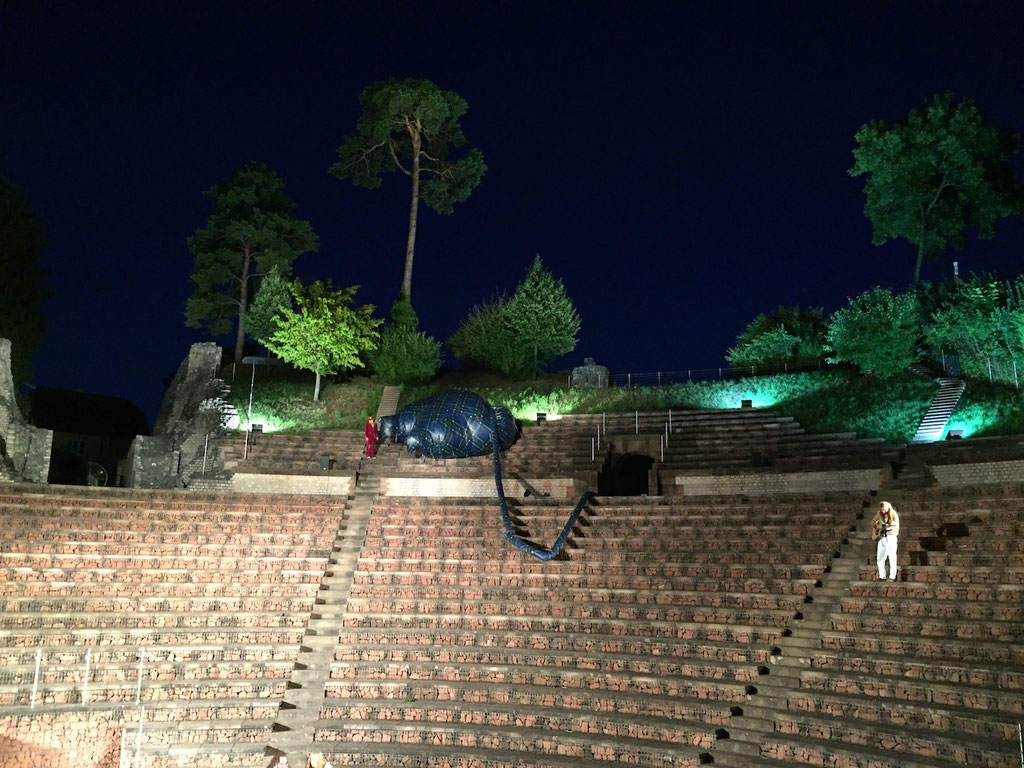 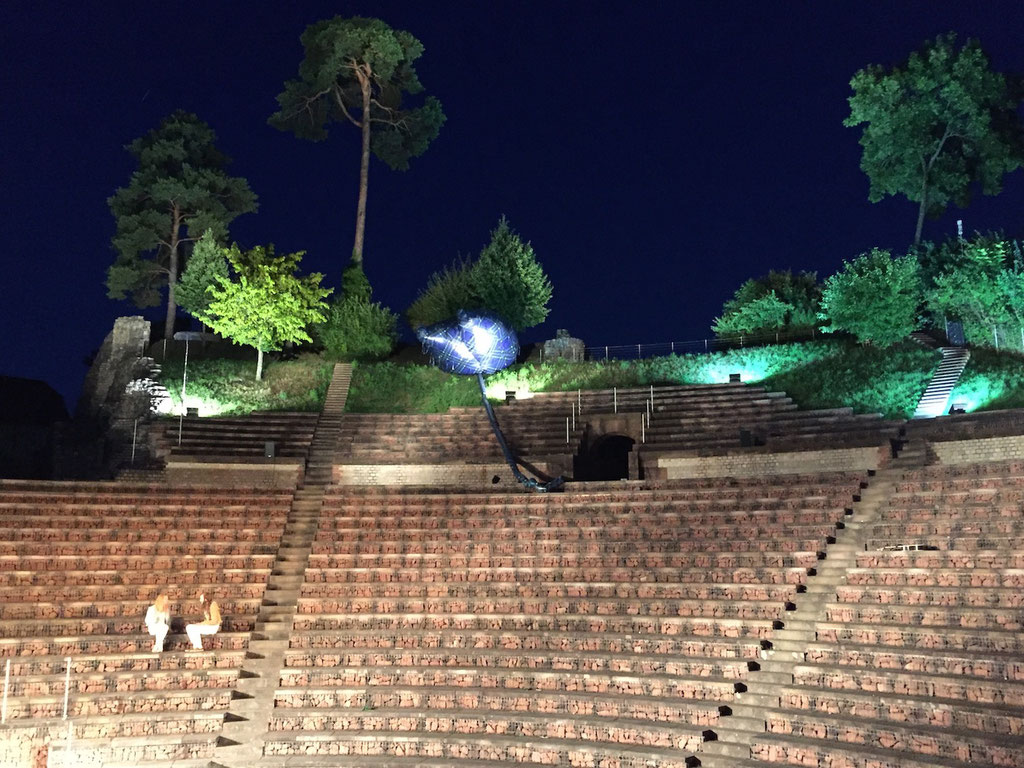