To launch the new SBB (Swiss Railway) timetable app, a works campaign was launched with the slogan: as simple as "insestäche, umeschlah, durezieh and abelah! (German Song)

Four huge balls of wool were needed, which could be seen all over Switzerland for two weeks. Since there were no giant wool balls in the world, Luft & Laune was contracted to manufacture them. The balls of wool had to be robust, withstand wind and weather and all passers-by and still be woolly, fluffy and soft.

In addition, the balls of wool also need giant needles. These were 9 meters long with the 4 meter big balls!

In addition, a ball had to be built in such a way that it could roll down the ski jump in Einsiedeln. 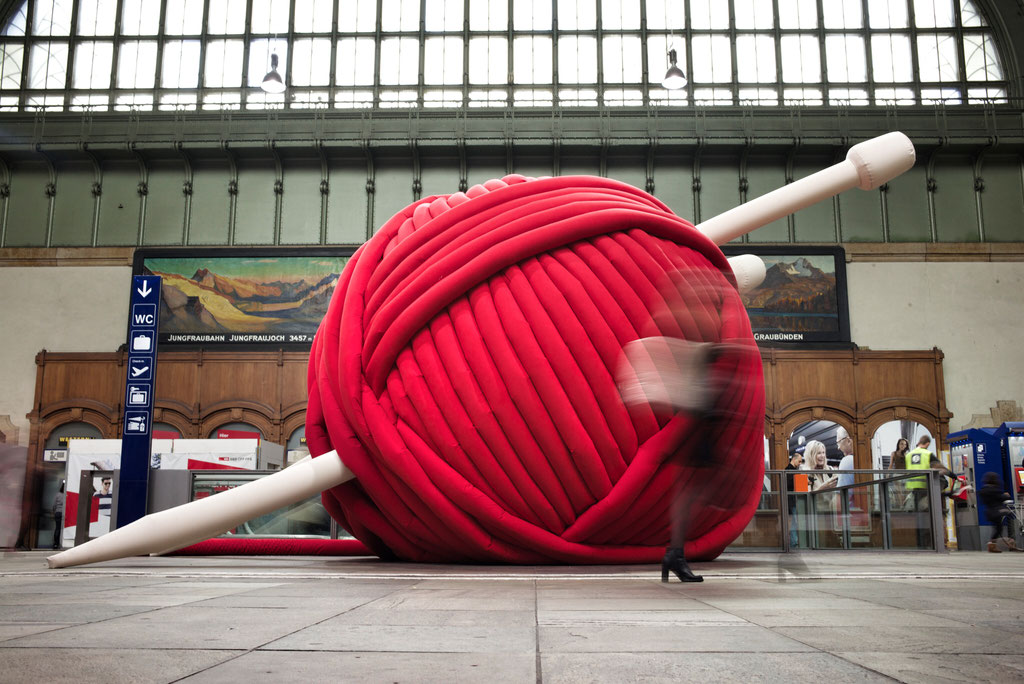 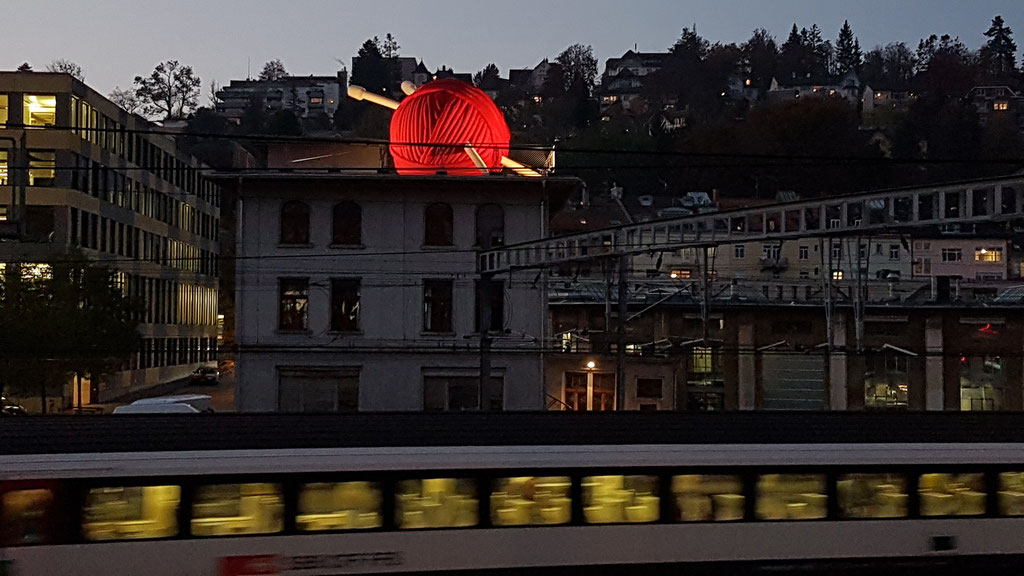 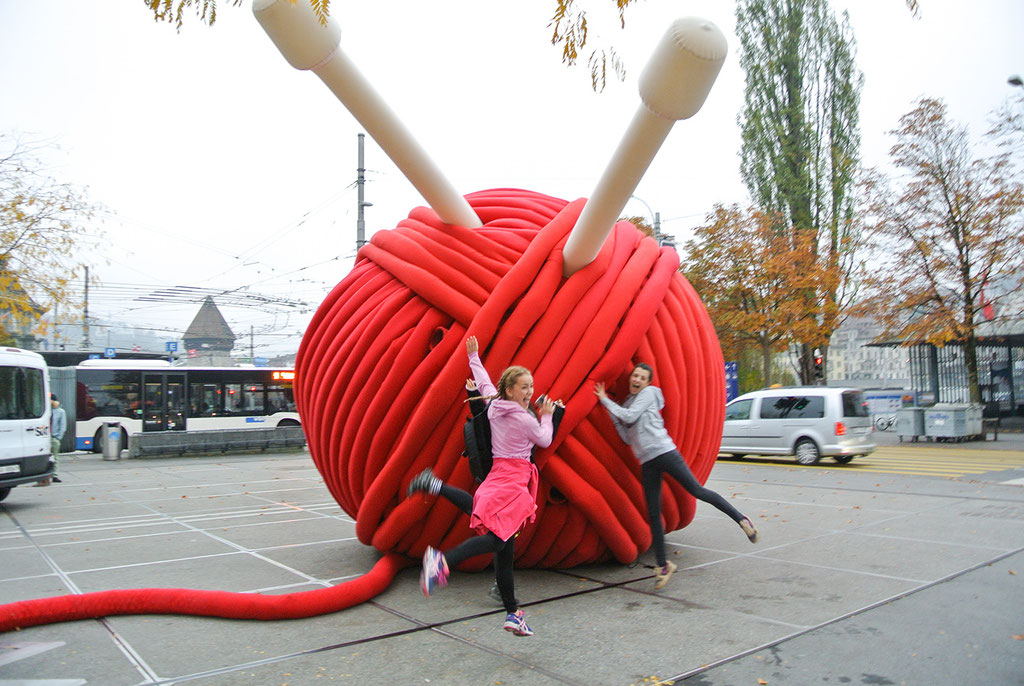 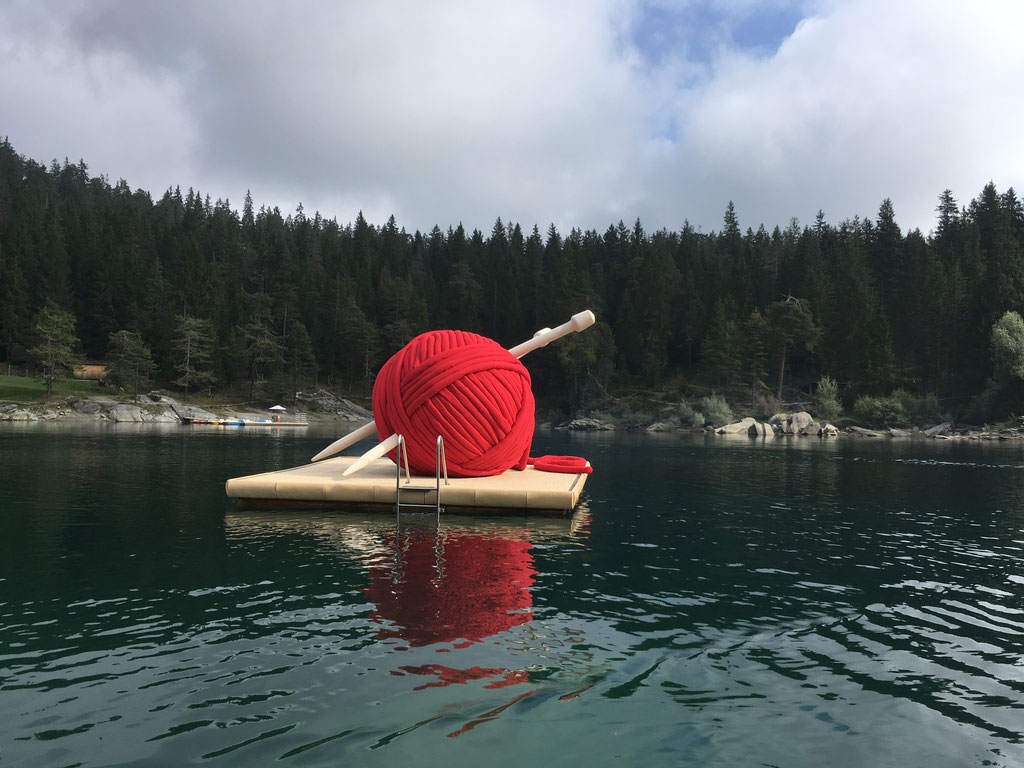 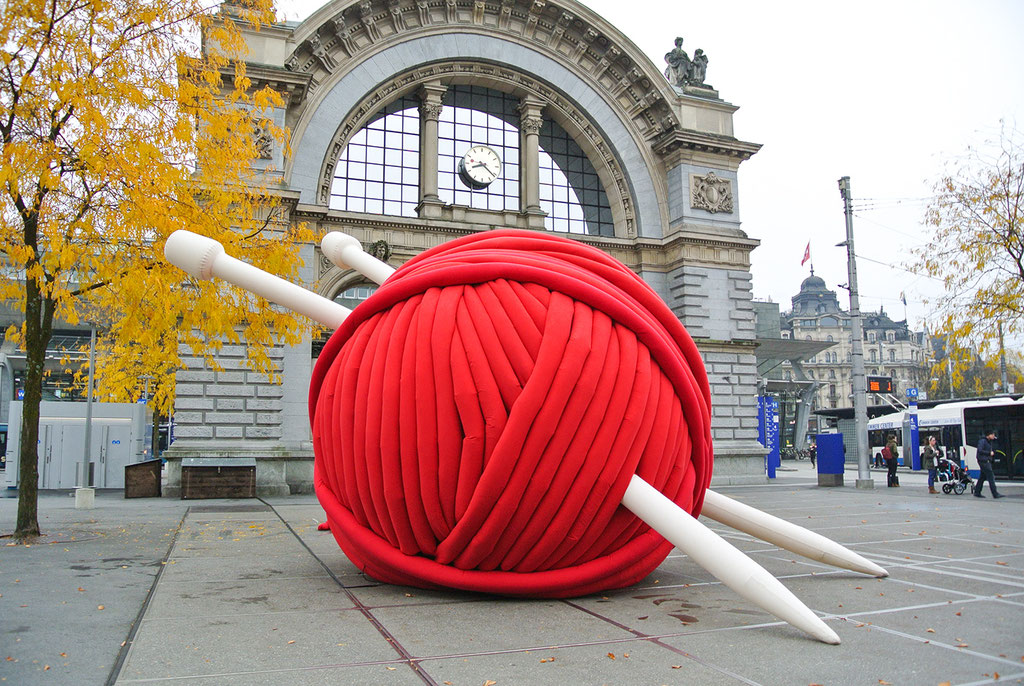 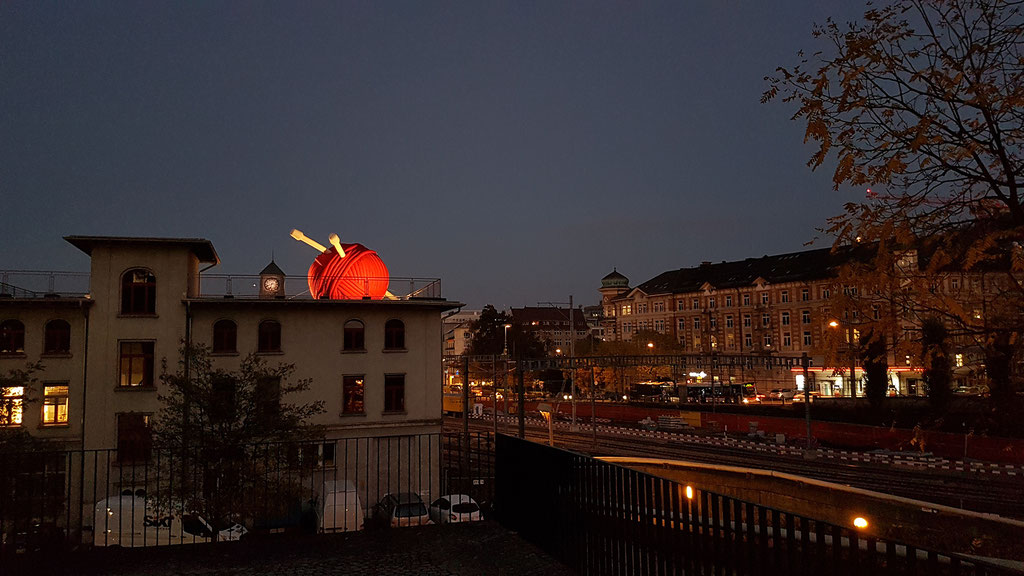 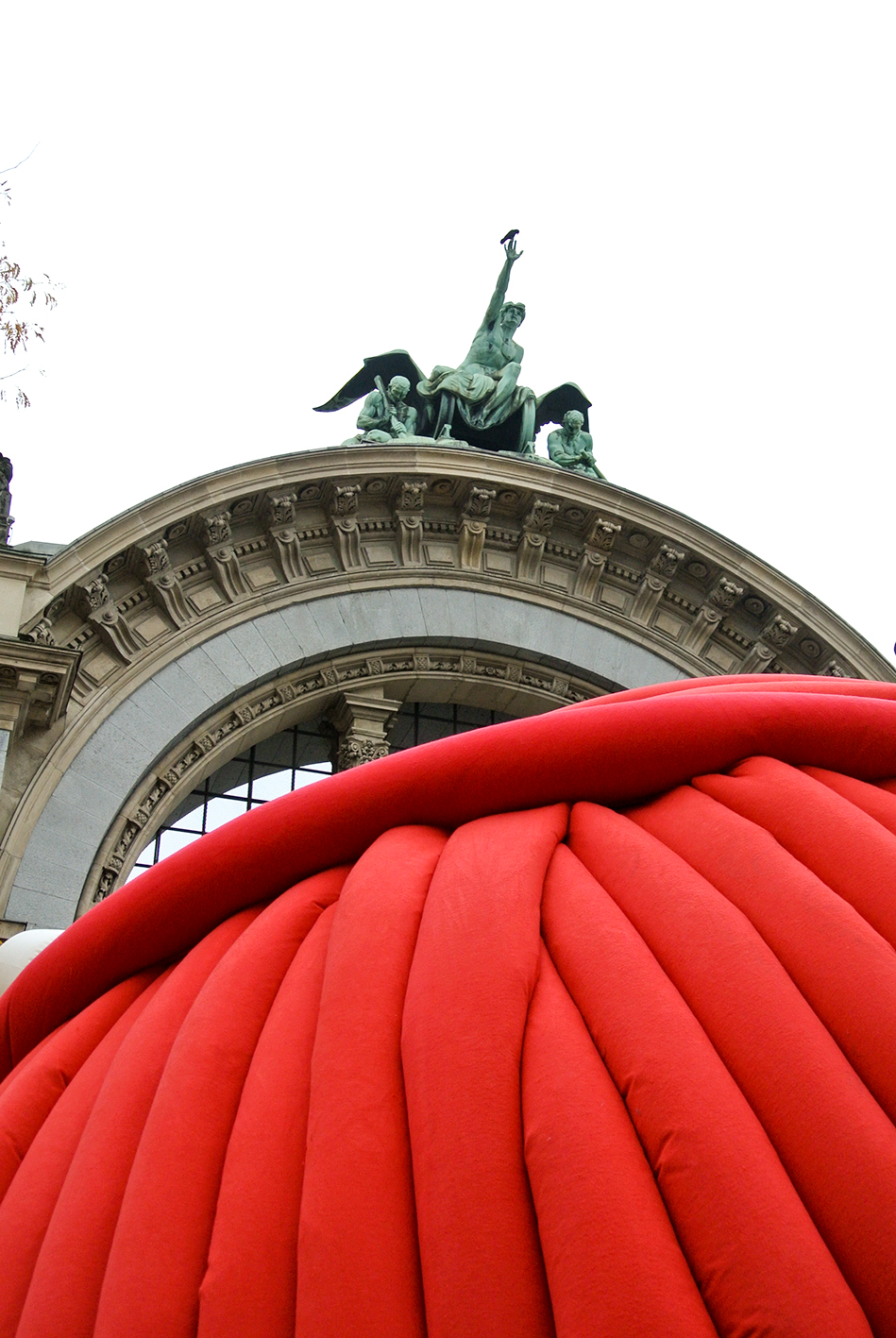 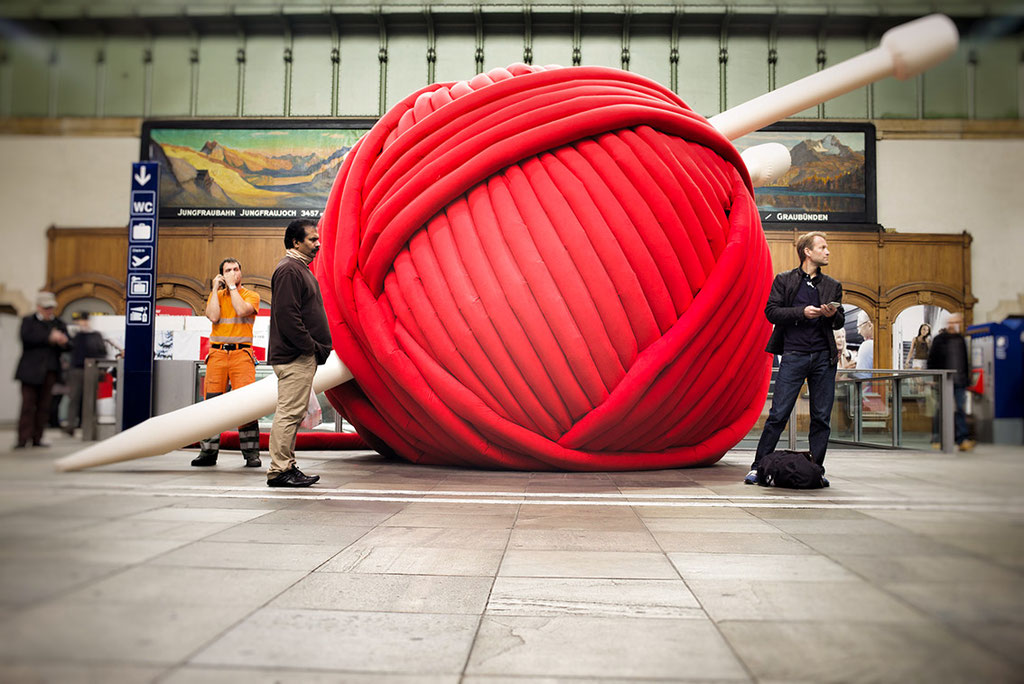