More show, more action! For its home games, the EVZ was looking for a new show element for the entrance of its hockey players onto the ice field. The idea was for the players to enter the stadium between huge signs with the EVZ logo. The requirements for the signs were not easy: they should be able to stand on the "top", be set up and dismantled in no time and be able to be moved on the ice.

The solution was provided by Luft & Laune. In the form of inflatable signs with an invisible built-in telescope system, which can be easily operated by the helpers. The whole thing is set up in 2 minutes and disappears from the ice again so quickly.

From the idea to the execution: The competent advice and the reliable service of Luft & Laune enabled us to operate our highly regarded giant logos for the Zug EVZ hockey club safely for 4 years, even after more than 200 tough assignments. 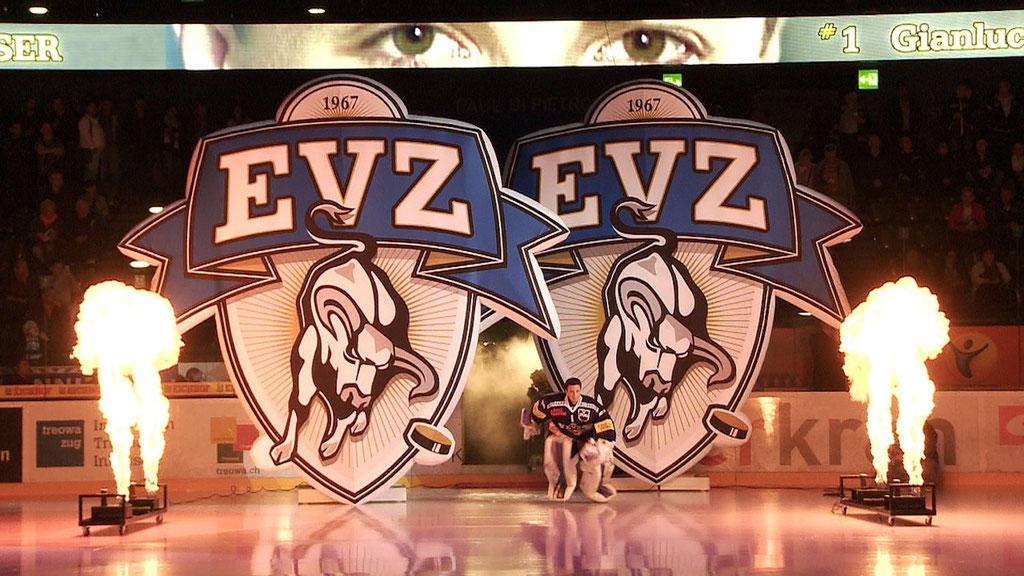 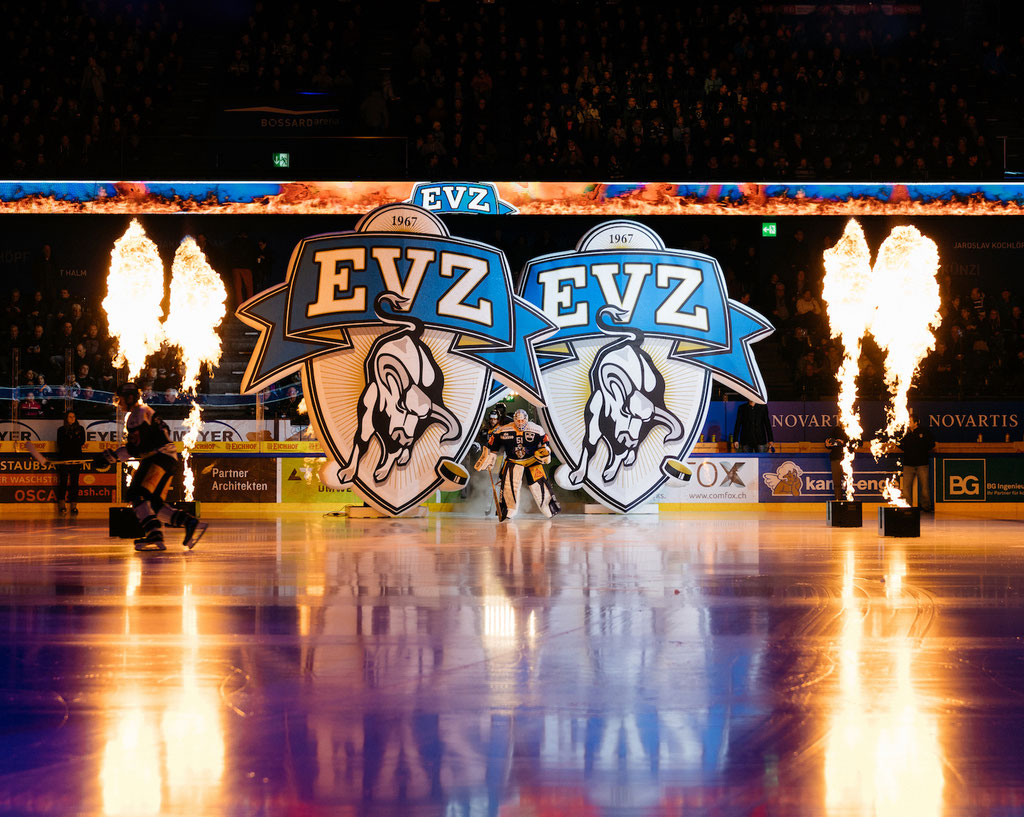 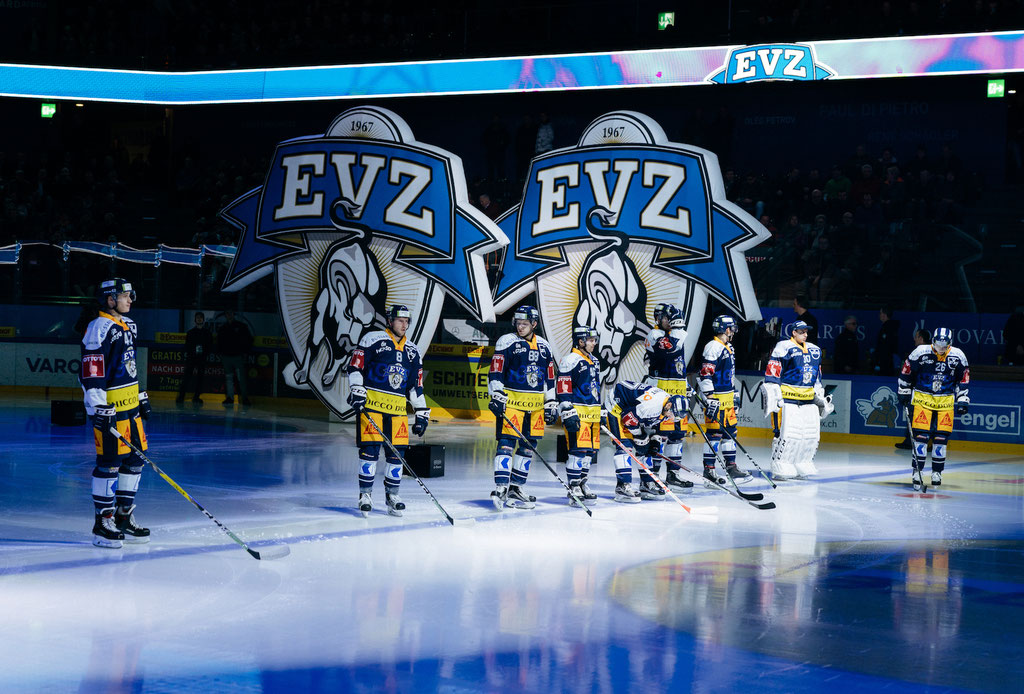 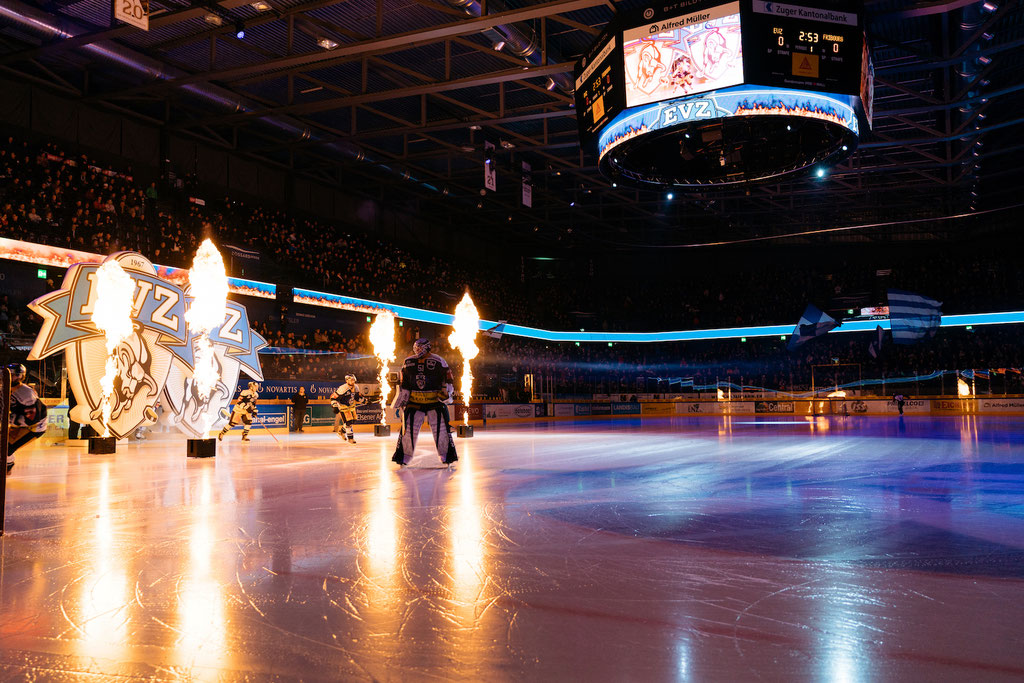 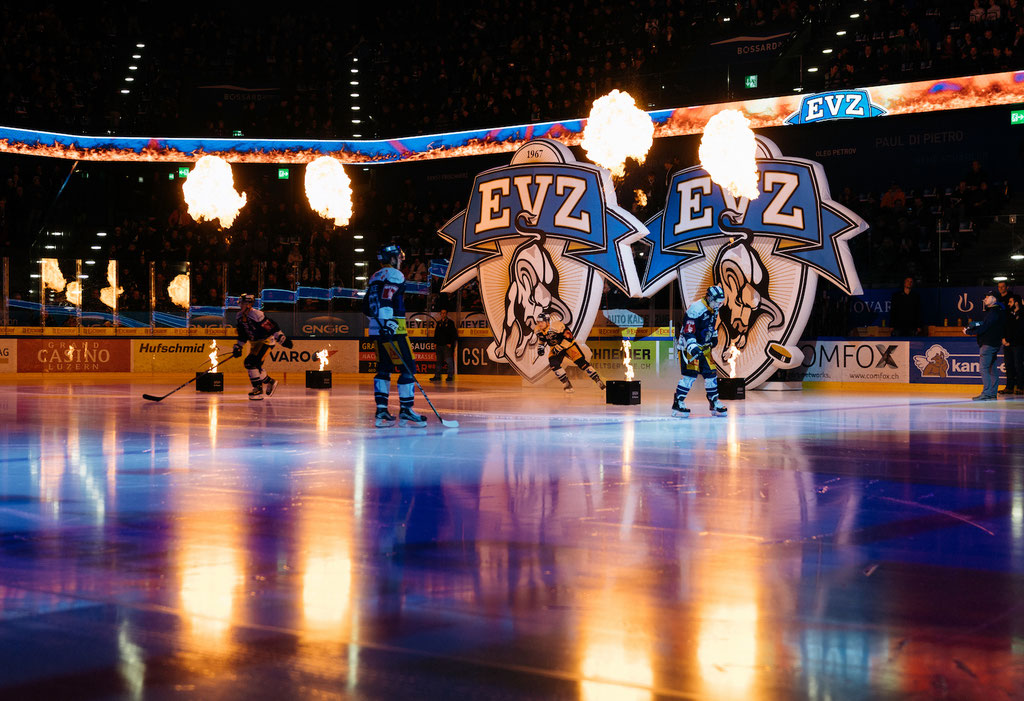 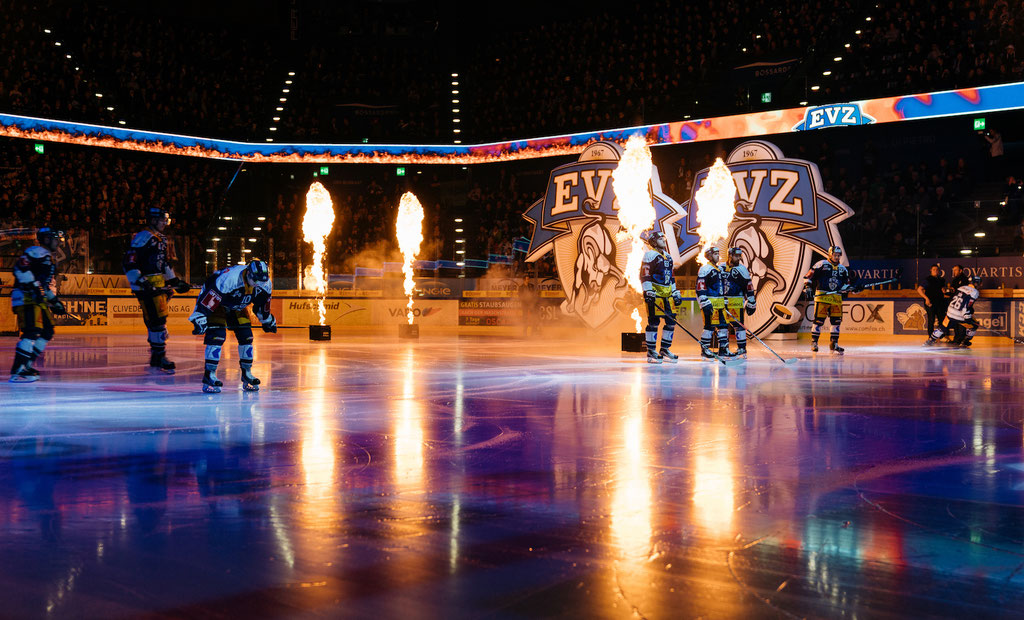